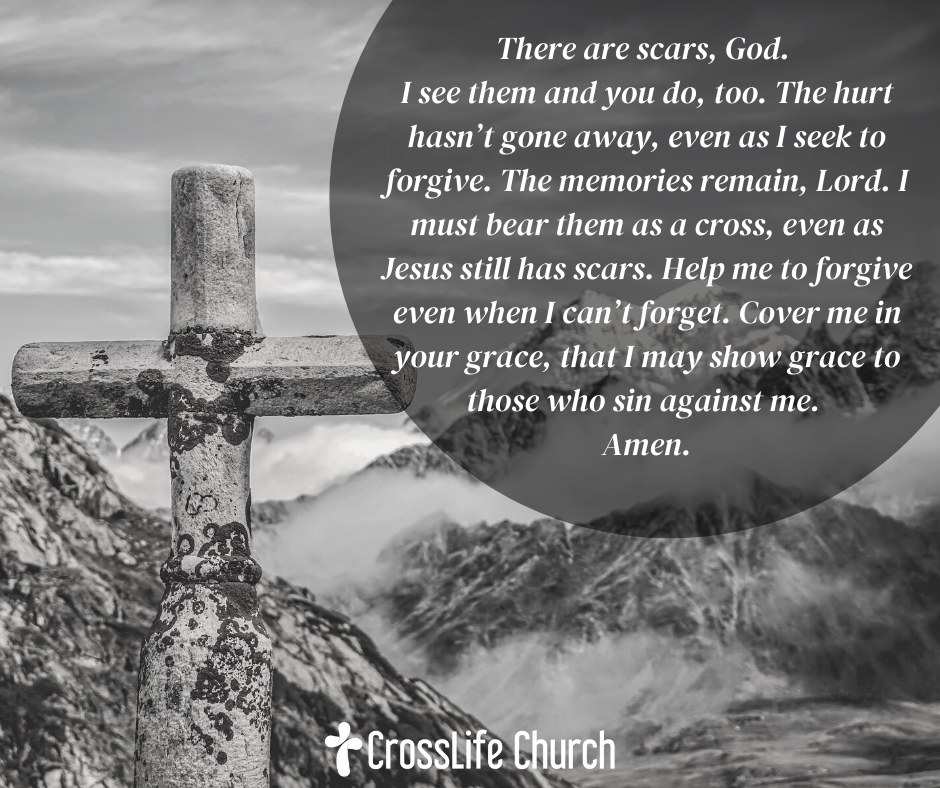 Just forgive and forget. Have you heard that advice? It likely developed as encouragement from people who don’t know grace.

Joseph knew grace. God’s story of Joseph reveals a privileged young man who taunted his older brothers. So they hurt him, bullying him and bartering him off to slave traders.

Through more injustices—framed by Potiphar’s wife and forgotten by friends who left him in prison—Joseph learned more about hurt. It opened the door for God’s providing grace. “The Lord was with Joseph so that he prospered” (Genesis 29:2).

Like scars, the hurt Joseph experienced did not disappear from his memory or story. But by faith he came to learn that the hurt, the pain, the injustice would not be the author of his story.

Scars help us reframe the hurt by God’s healing grace. They tell not just our story, but God’s story.

When Joseph, who became a ruler in Egypt, saw his brothers later in life he remembered the hurt. How could he forget? But by God’s grace his hurt had been healed. He forgave his brothers.

“‘Don’t be afraid. Am I in the place of God? You intended to harm me, but God intended it for good to accomplish what is now being done, the saving of many lives. So then, don’t be afraid. I will provide for you and your children.’ And he reassured them and spoke kindly to them’” (Genesis 50:19-21).

Forgiveness does not always forget. It always trusts God’s grace.

PRAYER: There are scars, God. I see them and you do, too. The hurt hasn’t gone away, even as I seek to forgive. The memories remain, Lord. I must bear them as a cross, even as Jesus still has scars. Help me to forgive even when I can’t forget. Cover me in your grace, that I may show grace to those who sin against me. Amen.

FURTHER MEDITATION: Spend some time meditating on Joseph’s words in Genesis 50 above.