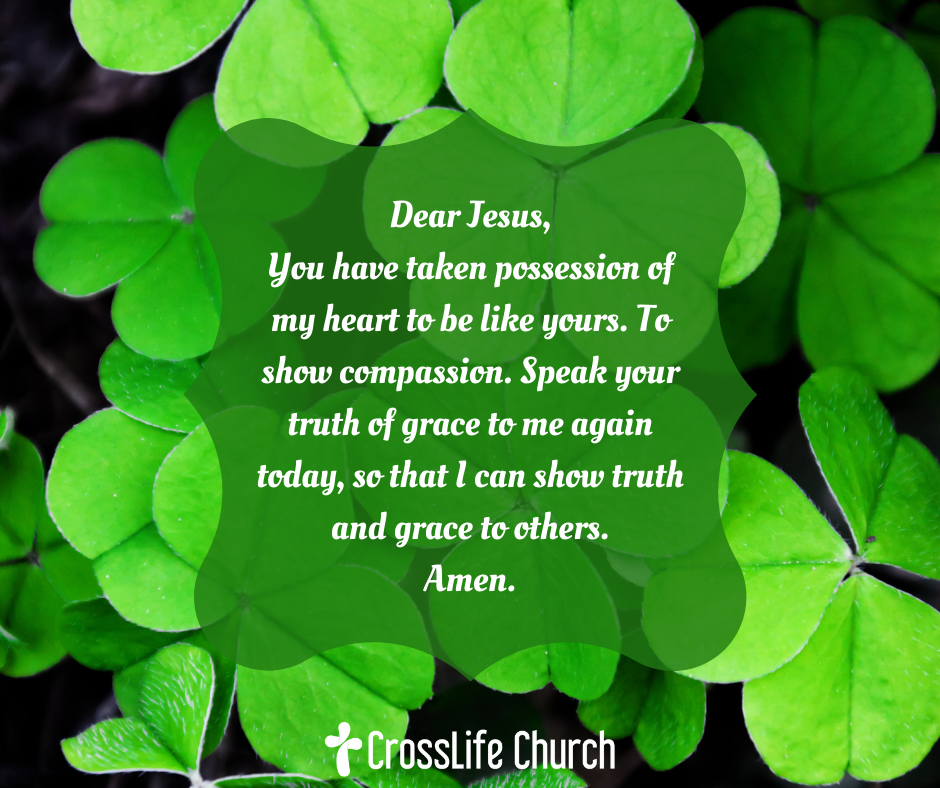 Do you know the story behind St. Patrick’s day?

Patrick was a young Christian who strayed from his faith, but God didn’t give up on him. Through his hardships, Patrick realized he needed God. He developed a prayer life that talked to God throughout the day and in the midst of troubles.

In his teen years, he was sold a slave to an Irish rancher. There he served in a foreign, pagan land. At the same time, he somehow began to identify with the very people who had enslaved him.

He learned their language and culture, understood their own view of the world and their religion. In time, he even came to love them as people who might one day turn to the Triune God. He began to see them as human and not the barbarians most Romans considered people outside the empire to be.

Still, Patrick was a slave and sought his freedom. After six years of service as a shepherd, he escaped to the Continent (Gaul) and eventually reached home again at the age of 22. But deep down inside his soul he became convinced that he must return and evangelize Ireland.

So he studied at the monastery and was ordained at the age of 28, then studied some more. When Palladius, the first Irish missionary bishop, died in 431 A.D. Patrick was commissioned the following year and spent 30 years serving the Lord in Ireland until he died.

Patrick is said to have founded more than 300 churches and baptized more than 120,000 people.

So have some compassion. Like Jesus. “When he saw the crowds, he had compassion on them, because they were harassed and helpless, like sheep without a shepherd” (Matthew 9:36).

St. Patrick turned an obstacle into an opportunity, and reached out to those who didn’t know God. What an amazing opportunity you have as a Christian right now, to speak to the hearts of a fearful world.

It starts with compassion. And it continues with saying something to people about the grace of God. Your Savior has been preparing you to do both well.

PRAYER: Dear Jesus, you have taken possession of my heart to be like yours. To show compassion. Speak your truth of grace to me again today, so that I can show truth and grace to others. Amen.

FURTHER MEDITATION: Patrick developed a deeper love for God during his life, and loved expressing it to others. The following confession is attributed to him:

Christ be with me, Christ within me,

Christ behind me, Christ before me,

Christ beside me, Christ to win me;

Christ to comfort and restore me;

Christ beneath me, Christ above me,

Christ in quiet, Christ in danger,

Christ in hearts of all that love me,

Christ in mouth of friend and stranger.