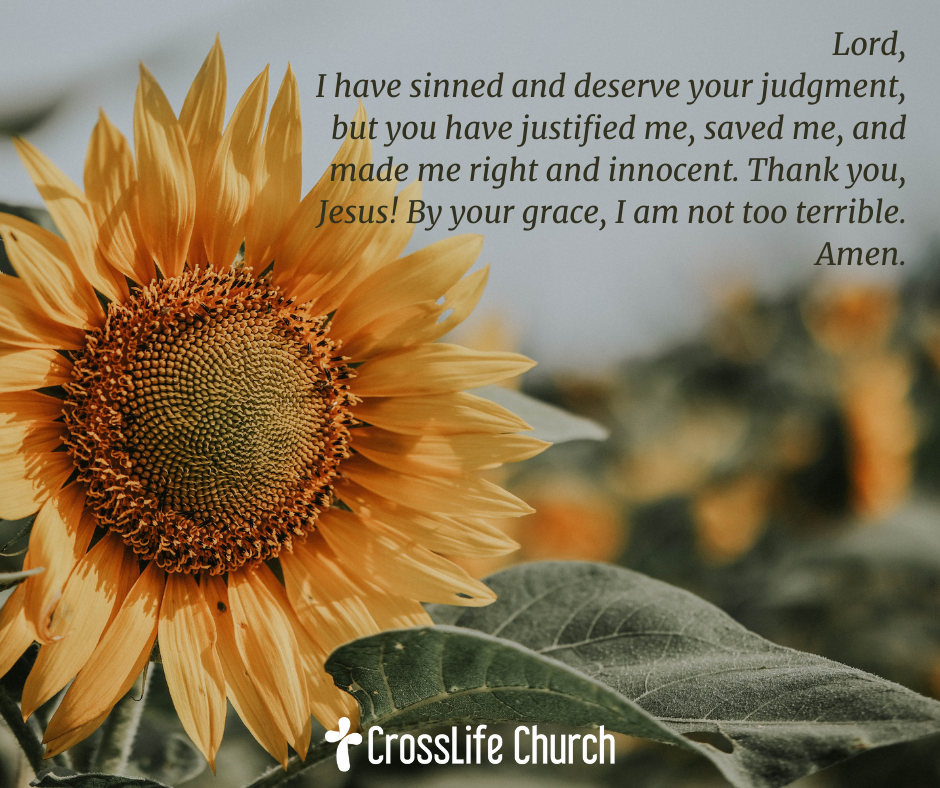 The ER staff goes to work on the drunk driver, a repeat offender who has just plowed into an innocent family, lying bloody on the operating table, his life hanging by the thread of their split-second response.

The sheriff’s deputy escorts into the courthouse a handcuffed prisoner in a bullet-proof vest, not only directing the prisoner but protecting the life of that prisoner who himself had no regard for the lives of others.

Who is the drunk driver? I am – spitting slurred words of mockery at the very doctors I need to save me. Who is the condemned prisoner? I am – taunting with idle threats the very judge I need to set me free.

I am no victim of unfortunate circumstances. I was an enemy of God having slapped him in the face with my rebellious crimes of sin. “Sinners” and “enemies” are words the Bible uses for both you and me in Romans 5:6-11.

This statement of Scripture is God’s promise that nobody is too sinful for God’s love, as much as nobody is too terrible to be helped by safety and rescue workers.

“Since we have now been justified by his blood, how much more shall we be saved from God’s wrath through him!” Ever feel really guilty because you haven’t forgiven your parents for their divorce, because you didn’t spend enough time with the kids, or because you haven’t read your Bible as much as you should? It feels like your guilt is just piling up higher and higher and someday soon God’s really going to make you pay for it. Impossible! Jesus’ blood “justified” you from any guilt. Your guilt doesn’t exist! Jesus makes you just, right and innocent.

PRAYER: Lord, I have sinned and deserve your judgment, but you have justified me, saved me, and made me right and innocent. Thank you, Jesus! By your grace, I am not too terrible. Amen.