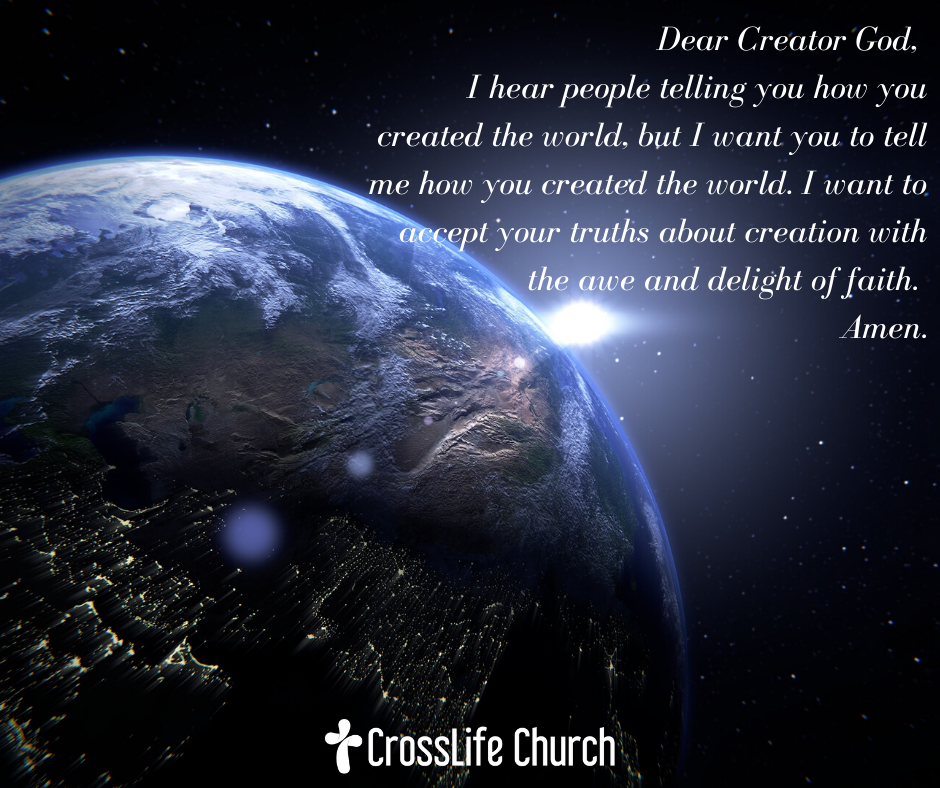 And God said, ‘Let there be a vault between the waters to separate water from water.’ So God made the vault and separated the water under the vault from the water above it. And it was so God called the vault ‘sky.’ And there was evening, and there was morning—the second day” (Genesis 1:3-6).

In each of the six days of creation, God says, “Let there be …” which is followed by “… and there was” as well as “and God made.”

God is so powerful, so almighty that he doesn’t need multiple steps or committee meetings or a long, drawn out protocol or process to create all things.

God is not just powerful but beautiful. He’s an artist. He creates species and kingdoms of organisms so that science can classify them as minerals and mammals “each according to their kind.”

How long did this take? God created everything in six, consecutive 24-hour days. We can say this because of the emphasis in the creation account. Every single day is defined the same way, “and there was evening and there was morning.” Exactly as we define a 24-hour period today.

We can go to the rest of the Bible to confirm this, where we find the same teaching from God’s own words when he is giving the Ten Commandments. “For in six days the Lord made the heavens and the earth, the sea, and all that is in them, but he rested on the seventh day. Therefore the Lord blessed the Sabbath day and made it holy” (Exodus 20:11).

The Sabbath Day that God commanded—the same amount of time then as today—is 24 hours. God shaped it from the pattern of the six days of creation followed by the seventh day—all 24-hour periods.

God created all things with his unique traits, technique and time. Each of them a miracle of his might and majesty!

FURTHER MEDITATION: Read the entire account of creation in Genesis 1. Take note of these repeated phrases, and find a few others.