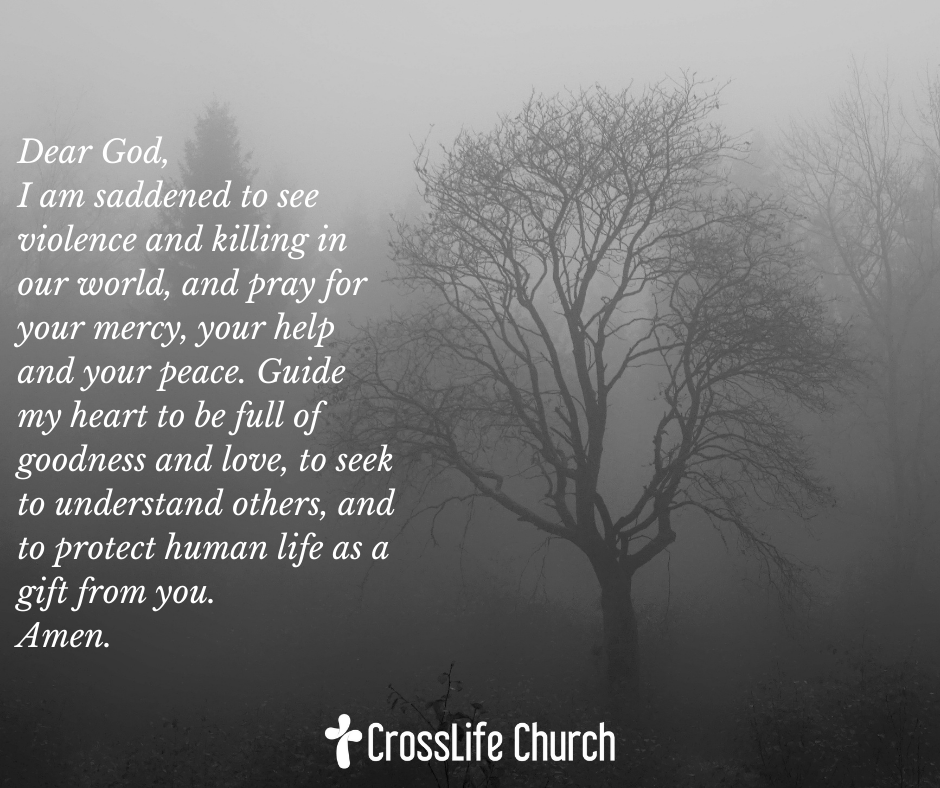 Adam and Eve raised their children in a faith-filled family that feared, loved, and trusted in the Lord above all things.

No doubt Adam and Eve’s children heard many times the story of their parents’ first sin, and just as many times heard about the great mercy of the Lord’s forgiveness made real through the special descendant, Jesus Christ. The children learned to bring sacrifices to the Lord, offering income or possessions to him as an act of worship that says, “All I have is yours, Lord, as I am yours.”

The Bible calls Cain’s offering outright evil, not because he gave turnips and his brother, Abel, gave T-bones. Cain simply didn’t believe in this stuff.

This is the first human murder recorded in history. But not the most significant. Tomorrow I’ll tell you how God responded to Cain, and here is a powerful preview.

There came, in time, to be another murder. More human blood was spilled, but not only human. God’s own blood. Jesus Christ came here to become the world’s greatest sacrifice, and allowed himself to be attacked by the evil and sin of this world, its people, and you and me.

Because of Jesus, God looks on you with favor. He is pleased with you because of Jesus’ sacrifice. So how can you live more sacrificially for him? And others?

PRAYER: Dear God, I am saddened to see violence and killing in our world, and pray for your mercy, your help and your peace. Guide my heart to be full of goodness and love, to seek to understand others, and to protect human life as a gift from you. Amen.

FURTHER MEDITATION: Read the whole story in Genesis 4:1-16. And tune in tomorrow.