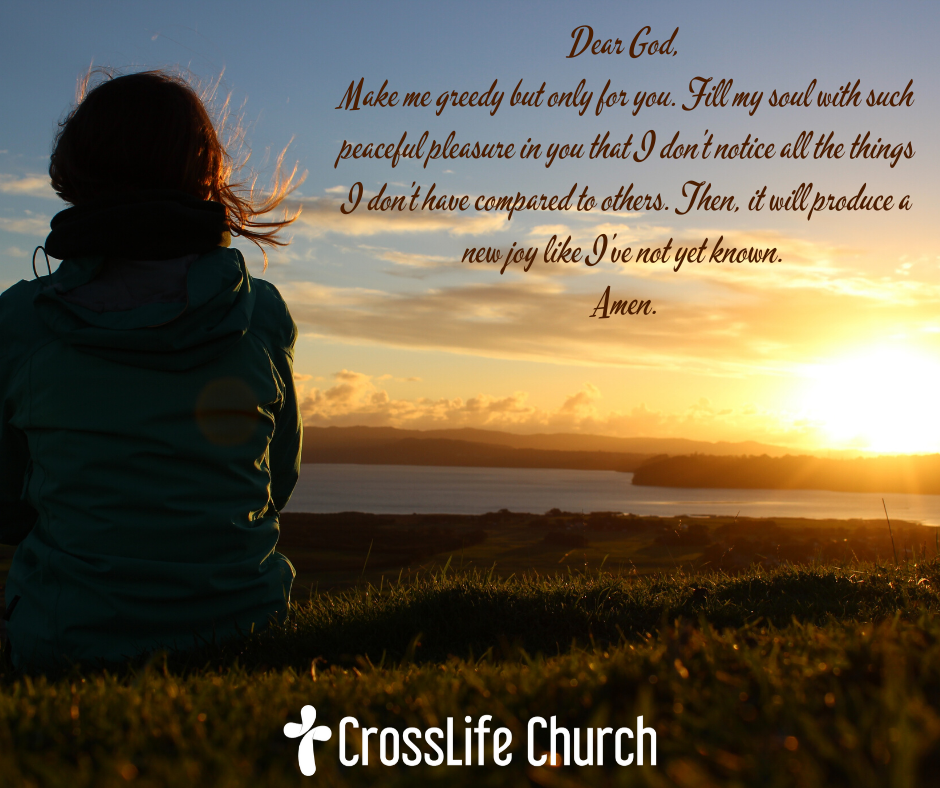 Gordon Stewart, a 74-year-old retired cabinet maker, would pedal his bike around the neighborhood picking up cardboard boxes and bags full of junk. When neighbors hadn’t seen him in several days they called police. Officers broke in to find a house so full of trash that the only way into it was literally digging tunnels through the filth.

The stench was so bad that a police dive team with breathing apparatuses was called in to search for the man, who was found deep inside the heap – dead. Police actually believe Gordon got lost in his own garbage and died of dehydration.

The power of greed pressures us from the outside and deep from within. That’s why God doesn’t just tell us what that better way is, he leads us there with his promise, like this one, “Keep your lives free from the love of money and be content with what you have, because God has said, ‘Never will I leave you; never will I forsake you’” (Hebrews 13:5).

Contentment isn’t an attitude or a way of seeing things – it’s a state of being – a gift from God that is ours through faith. The gift is God’s merciful commitment to sinners that we may have a little or a lot, may have a job or be looking, may be healthy or hoping for a cure, may feel good or not so good … but God is there.

Nothing a child of God does or experiences would ever make God want to leave. With God, you can be more content and generous.

A popular comedian once joked, “You can’t have everything. Where would you put it?”

True enough. Then again, when Christians have God, he is truly everything.

PRAYER: Dear God, make me greedy but only for you. Fill my soul with such peaceful pleasure in you that I don’t notice all the things I don’t have compared to others. Then, it will produce a new joy like I’ve not yet known. Amen.

FURTHER MEDITATION: Read a true Bible story about greed in 2 Kings 5:14-27. A strong, wise, and wealthy soldier with a chest full of colorful ribbons and dangling medals was greedy for control and power. His bravado could command thousands, dominate a press performance, or frighten away enemies but it could do nothing to fight off the incurable disease of leprosy. Through the prophet Elisha, God healed him. He gave up his greed, and glorified God. But his servant, Gehazi, couldn’t do the same. What do you need to pray about today so that you are more like grateful Naaman than greedy Gehazi?