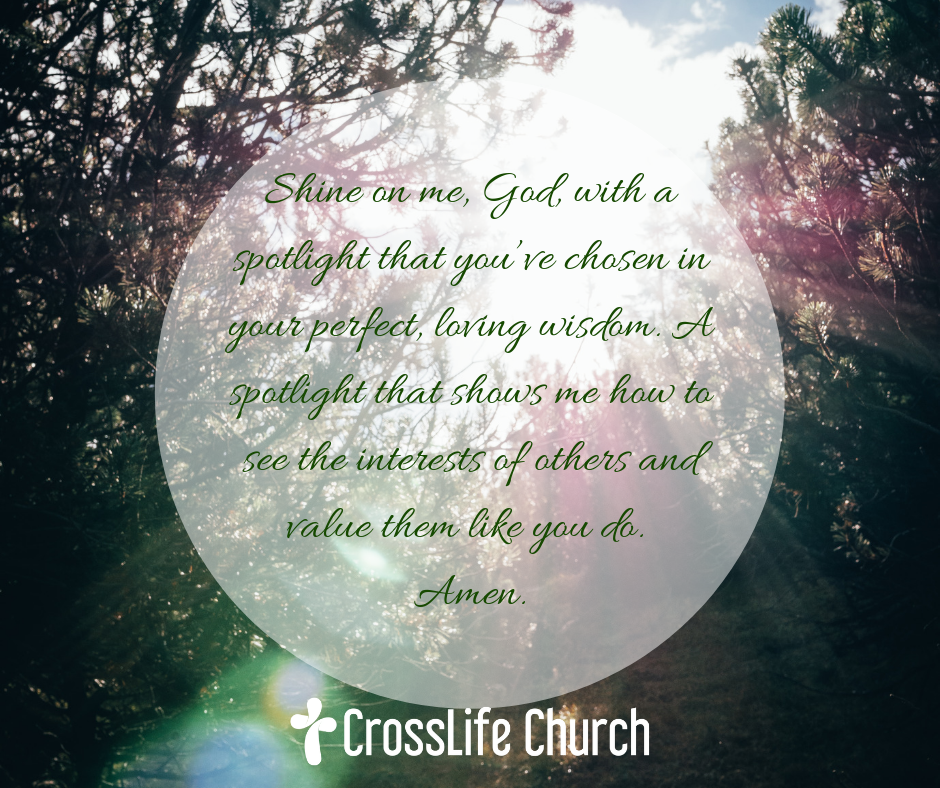 Kristen Talbot won a spot on the U.S. women’s speed skating team in the 1994 winter Olympics. To be an Olympic speed skater she had to stay on a rigid practice and training schedule; any interruption threatened her chance for a gold medal.

Yet that’s exactly what Kristen did when, only weeks before she was scheduled to compete, she donated bone marrow to her critically ill brother. She went on to compete in the Olympics and came home without a medal.

In a culture where sports, achievement and celebrity status spell superiority and success, Olympic amateurs, professionals, and even 6th-graders (and their parents) can get caught up in its current. Not Kristen.

During an interview she said skating and the Olympics are important, but not as important as helping others. Especially her family.

One Olympics sports writer headlined an article about Kristen, “No Medal, But Plenty of Courage.”

Sometimes courage doesn’t look spectacular, pump its fist in the air after receiving a medal, or even make everyone happy. Sometimes courage is believing with a passion that you’re the one. The only one who can make a difference.

Kristen’s bone marrow was the best match for her brother, to give him the highest chance of survival and recovery. The spotlight was shining on her, but not how she dreamed it would. Not with an Olympic medal.

She had the right perspective to see that. Others could win medals for the US women’s skating team. But others couldn’t give her brother what she could. And she did.

Be ready for the spotlight to shine on you, maybe right where you were hoping, but maybe somewhere else.

You might have planned a long, enjoyable retirement with your spouse but God took them to heaven and left you with a different path. You might have planned for a houseful of kids but the doctors are telling you as a couple that you’ll never make babies. You might want to use a particular talent of yours at church but the ministry priorities line up in a different direction. Injury or disease might push you onto a path of pain and difficulty that nobody would ever choose.

Then you look at everyone else shining in their spotlight and despair, “Why can’t I be in the spotlight.” But all along, God is shining your spotlight in a different place than you are looking. For Kristen, it was clear, her spotlight was her brother. She was the only one.

You are the only mom or dad of your kids. You might be the only son or daughter who loves close to your aging parents. You might hold a particular position, know a certain person, or have perspective from a past experience that allows you to accomplish something that nobody else can. Look for God’s spotlight in places like that.

“Do nothing out of selfish ambition or vain conceit. Rather, in humility value others above yourselves, not looking to your own interests but each of you to the interests of the others. In your relationships with one another, have the same mindset as Christ Jesus” (Philippians 2:3-5).

What was Jesus’ mindset? The rest of Philippians 2 gives the answer. God the Father was shining Jesus’ spotlight on the cross. Jesus would need to give up a lot to accept that spotlight. He was the only one. And that’s how he saved us from our sins. Then, God the Father exalted him, raised him from the dead, and enthroned him in the glorious spotlight of heaven.

Look for God’s spotlight in your life in places other than getting a medal.

PRAYER: Shine on me, God, with a spotlight that you’ve chosen in your perfect, loving wisdom. A spotlight that shows me how to see the interests of others and value them like you do. Amen.

FURTHER MEDITATION: Read Esther 4:9-17 today. Look deeper into her story by watching this 9-minute video introduction if you’d like https://youtu.be/JydNSlufRIs. In these verses from chapter 4, Mordecai lays it on the line, “who knows but that you have come to your royal position for such a time as this” (Esther 4:14)? That’s the spotlight, and Esther accepted it. Spend time in prayer asking God about a spotlight he is shining right now on your life that you are not seeing—or don’t want to see. Ask him for the faith and perspective to see it, and then also the courage to act on it for his glory and the good of others.